Shortarmguy wrote the following letter to a variety of local and national media outlets:

It's a great day in America!  Casey Martin gets to use his golf cart.  He won the vote by a 7-2 majority.  The Supreme Court has commanded that disabled people get special treatment when dealing with so called "non-disabled" organizations.  No longer will we be pushed around.  We will rule the planet!

Those long-armed freaks with the PGA tried to steamroll over my buddy, Casey.  Tried to tell him that he can't use his cart just because none of the other players ever get to use them.  Boo Fricking Hoo is what I say to these so-called professional golfers.  They're just lucky that Casey didn't make these guys carry him around on their backs from hole to hole.  Because the Supreme Court would have given us that too, if we'd have wanted it.  We took it easy on them.

The PGA tried to say they have something called "Rules" and "Traditions".  Ohhh, wah wah.  Little babies.   They say they don't discriminate against players...as long as you follow their "Rules".   They say government shouldn't interfere with their policies because they're a  private organization.  Didn't they know about the Americans With Disabilities Act?   Didn't they know that if we handicapped people don't like the rules, we can force you to bend them?  Accommodate me or pay the piper is our new motto!   Free country, my ass, not if you're coming at the Physically Challenged.

The really cool thing is we're just getting started.  I have a list of jobs I've wanted, but been denied solely because my arms are deformed.  I've tried for years to get a walk-on role with some of Minnesota's sports franchises but couldn't get anywhere because of blatant discrimination.  All these great athletes think that skill and talent should allow them to continue holding my job?  Kevin Garnett's contract should have been mine!  I could kick butt on the court if you gave me a smaller ball, a lower hoop, and a rule that states no-one with longer arms than me gets to block my shots.  But no, that didn't happen.  The Minnesota Timberwolves wouldn't even give me a tryout.  The Minnesota Vikings just laughed at me.  The way I see it is, Who cares if the shoulder pads kept sliding down to my waist?  Put me in the fricking game, Coach Green!  The Minnesota Twins actually had the nerve to tell me I'd have to be able to fully swing a bat before they'd even consider looking at me.    They might as well have posted a sign on the door saying "No cripples allowed!".  All my life, I've ran into nothing but this brand of hatred.

But now, vindication is here!  My man, Casey Martin, has rolled over all their toes with the proverbial wheelchair of justice.  I'm going back this week to each of these organization's front offices and not leaving until I'm wearing one of their uniforms!  They'll even have to pay to custom tailor my sleeves and they'll like it!  Because if they don't give me a starting position on each of their teams, I'll sue the crap out of all their five-fingered hands!

But that's not all!  I'm going to Hollywood next and there better be jobs waiting for me there as well.  No longer will you see scrawny, straight armed guys like Tom Cruise in the next Mission Impossible.  It will be Shortarmguy as the hero!  And I'll get to do sex scenes with leading ladies like Jennifer Lopez and get to show what moves we crippled guys really have!  The whole country will learn about the power of disabled guys.  How suave the handicapped can be.   No more stigma attached about being different.  We'll be like Gods...

Because now my Golden Ticket, The Americans with Disabilities Act, has been blessed by the law of the land!

Job offers may be emailed to:  shortarmguy@aol.com 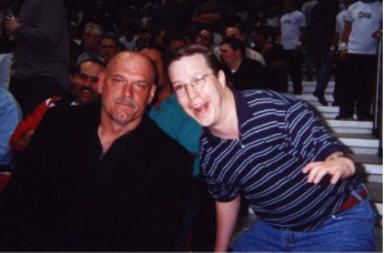 Shortarmguy with the Governor.  Shortly after this photo was taken, Shortarmguy was denied a position as a bodyguard on Ventura's Security team.  With today's ruling, that kind of discrimination won't be happening any more. 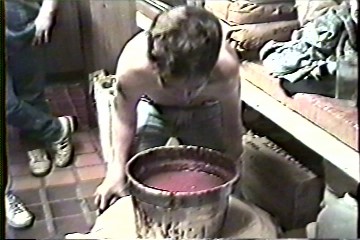 There will be no more jobs requiring Shortarmguy to clean pizza sauce bowls with his tongue any more! 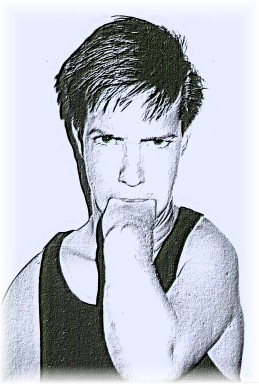