On this page, I will post the most inspirational material I receive on any given day.  So email shortarmguy@aol.com the best stuff you get.  Life can be darn tough sometimes and every now and then you might need a little happiness booster.  I'm hoping this page may accomplish that.  After you read a few of these,  you can push back from your keyboard, throw your arms in the air, wave them back and forth and scream "I'm glad to be alive!"  If this happens to you, please send pictures and I'll post them here! 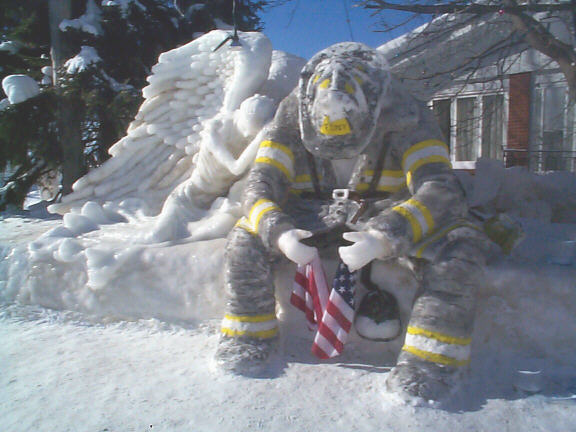 Once upon a time, there was a large mountainside, where an eagle's nest rested. The eagle's nest contained four large eagle eggs. One day an earthquake rocked the mountain causing one of the eggs to roll down the mountain, to a chicken farm, located in the valley below. The chickens knew that they must protect and care for the eagle's egg, so an old hen volunteered to nurture and raise the large egg.

One day, the egg hatched and a beautiful eagle was born. Sadly, however, the eagle was raised to be a chicken. Soon, the eagle believed he was nothing more than a chicken. The eagle loved his home and family, but his spirit cried out for more. While playing a game on the farm one day, the eagle looked to the skies above and noticed a group of mighty eagles soaring in the skies. "Oh," the eagle cried, "I wish I could soar like those birds." The chickens roared with laughter, "You cannot soar with those birds. You are a chicken and chickens do not soar."

The eagle continued staring, at his real family up above, dreaming that he could be with them. Each time the eagle would let his dreams be known, he was told it couldn't be done. That is what the eagle learned to believe. The eagle, after time, stopped dreaming and continued to live his life like a chicken. Finally, after a long life as a chicken, the eagle passed away.

The moral of the story: You become what you believe you are; so if you ever dream to become an eagle follow your dreams, not the words of a chicken.

I don't know if this is true or not, but it is a nice story.

Plus, I used to live across the street from the Supermarket where this supposedly  took place....

In a supermarket, Kurtis the stock boy, was busily working when a new voice came over the loud speaker asking for a carry out at check register 4.

Kurtis was almost finished, and wanted to get some fresh air, and decided to answer the call. As he approached the check-out stand a distance smile caught his eye, the new check out girl was beautiful. She was an older woman (maybe 26, and he was only 22) and he fell in love.

Later that day, after his shift was over, he waited by the punch clock to find out her name. She came into the break room, smiled softly at him, took her card and punched out, then left. He looked at her card, BRENDA.  He walked out only to see her start walking up the road.

Next day, he waited outside as she left the supermarket and offered her a ride home. He looked harmless enough and she accepted. When he dropped her off, he asked if maybe he could see her again outside of work. She simply said it wasn't possible. He pressed and she explained she had two children and she couldn't afford a baby-sitter, so he offered to pay for the baby-sitter. Reluctantly, she accepted his offer for a date for the following Saturday.

That Saturday night he arrived at her door only to have her tell him that she was unable to go with him. The baby-sitter had called and canceled.  To which Kurtis simply said, "Well, lets take the kids with us."

She tried to explain that taking the children was not an option, but again not taking no for an answer, he pressed. Finally
Brenda brought him inside to meet her children. She had a older daughter who was just cute a bug, Kurtis thought, then Brenda brought out her son in a wheelchair, he was born a paraplegic with Down's syndrome. Kurtis asked Brenda, "I still don't understand why the kids can't come with us?"

Brenda was amazed. Most men would run away from a woman with two kids, especially if one had disabilities. Just like her first husband and father of her children did.

That evening Kurtis and Brenda loaded up the kids, went to dinner and the movies. When her son needed anything, Kurtis would take care of him.  When he needed to us the rest room, he picked him up out of his chair, took him, brought him back.  The kids loved Kurtis.

At the end of the evening, Brenda knew this was the man she was going to marry and spend the rest of her life with.  A year later, they were married and Kurtis adopted both of her children.  Since then,  they have added two more kids.

So what happened to the stock boy and check out girl?   Well, Mr. & Mrs. Kurt Warner, now live in St. Louis, where he is employed by the St. Louis Rams and plays quarterback.

Rick volunteers with prison ministries, and in his work has become friends with a pastor of a store front church.  The pastor's church is called Almighty God Tabernacle.  On a Saturday night several weeks ago, this pastor was working late, and decided to call his wife before he left for home.  It was about 10:00 PM, but his wife didn't answer the phone.

The pastor let it ring many times.  He thought it was odd that she didn't answer, but decided to wrap up a few things and try again in a few minutes.

When he tried again she answered right away.  He asked her why she hadn't answered before, and she said that it hadn't rung at their house.  They brushed it off as a fluke and went on their merry ways.

The following Monday, the pastor received a call at the church office, which was the phone that he'd used that Saturday night.  The man that he spoke with wanted to know why he'd called on Saturday night.

The pastor couldn't figure out what the guy was talking about.  Then the guy said, "It rang and rang, but I didn't answer."

The pastor remembered the mishap and apologized for disturbing him, explaining that he'd intended to call his wife.

The man said, "That's OK.  Let me tell you my story.  You see, I was planning to commit suicide on Saturday night, but before I did, I prayed, 'God if you're there, and you don't want me to do this, give me a sign now.' At that point my phone started to ring.  I looked at the caller ID, and it said, 'Almighty God'." I was afraid to answer!"

Inspiration from the past