Warning: The Below Animation Shows Graphic Footage of the Roy Horn Tiger Attack!

That Was One Hell of a Game of Chicken!  Bravest Damned Horse I've Ever Seen!! 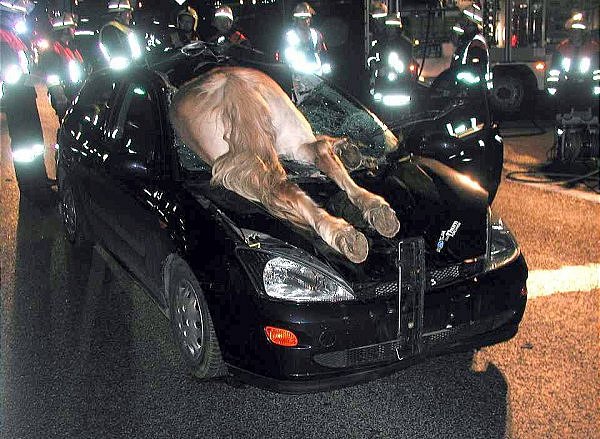 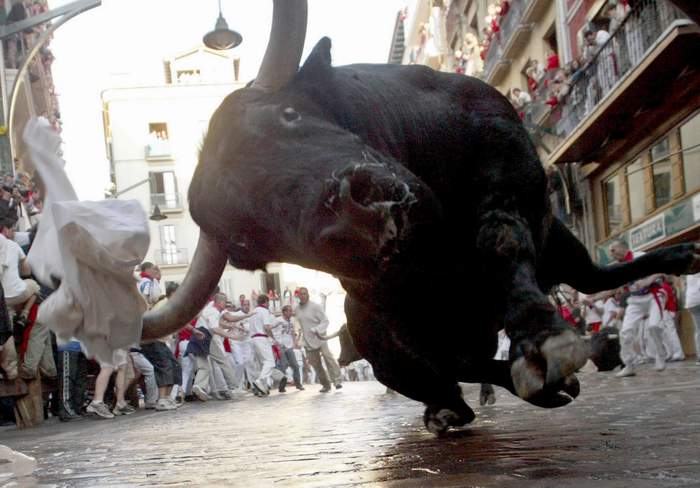 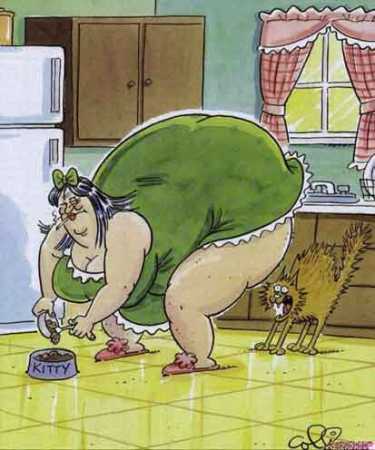 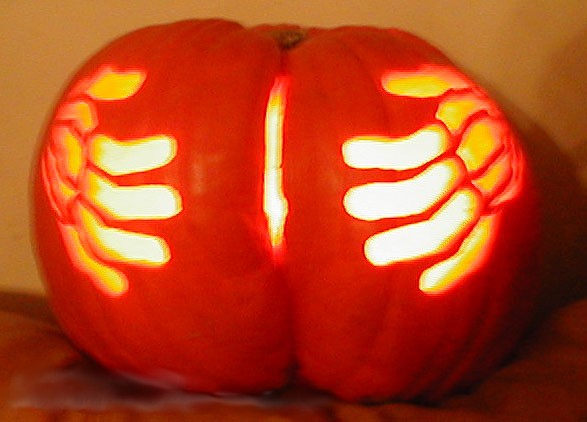 Advice Email Of The Week

My name is Justin, I'm a half Sri Lankan half gypsy based in Melbourne.

I truly am at my wits end ShortArm!

My so called friends don't seem to respect me, I feel they're just using me because I make great curry and burn free CDs for them and that's the only reason they seem to come around. For ages I've been teased because of my ancestry and physical attributes; what makes it worse is that I'm very short and dumpy. The whole time they tease me because of my mud coloured skin and disproportionate stature, and because my house constantly smells like curry powder; I just laugh it off and pretend not to care but it really really grates me!!

Also my girlfriend thinks they're hilarious; in particular she seems to have taken an "interest" in one of them; he's one of these good looking Italian guys that women seem to throw themselves at; I suspect they're having an affair.  When I confront her she tells me off for being paranoid and being overly sensitive.  In trying times like these I offer prayers to Krishna and burn incense, but even this has been to no avail!

Insecurity is a big turn-off for women.  Believe your girlfriend when she says you're being sensitive and overly paranoid.  Have faith that she isn't cheating on you and focus on things that make her and yourself happy.  Since you seem to have a special gift for making curry, why not start a restaurant or write a cook-book showcasing your talents.  Doing something creative will help point your energies in a positive direction.

If by some chance your girl is cheating on you, things will reveal themselves to you in due time and you can tell her to take a walk.  If she's not cheating on you, than your relationship will grow stronger because you're focusing on things that improve your life, your happiness, and her happiness instead of being a worry-wart.

Focus on improving your life and building your self-confidence first.

Once you believe in yourself, everyone around you will follow along eventually.

The Smoking Gun Has Outed Him...

Negative Energy Has Been Vented on Him, His Friends, and His Family.

This poor guy was just trying to get a free baseball.  Please be nice to him... 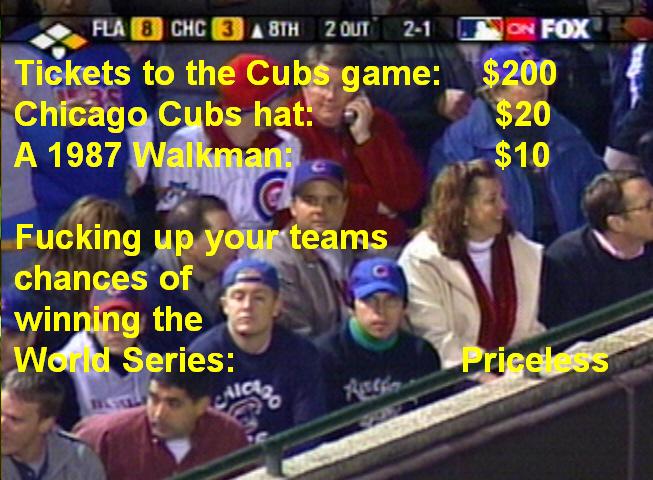 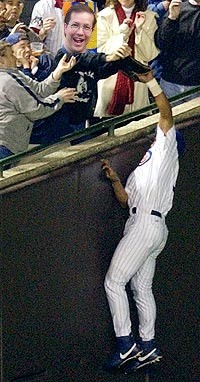 This is a simulation of how happy my wife was the first night we were together. 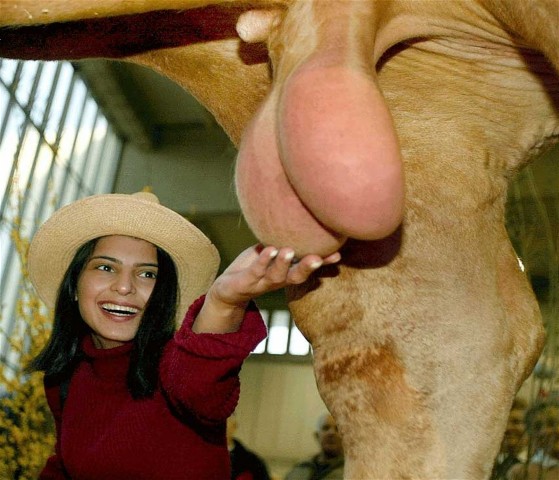 That Todd Corbett would do just about anything to make his friends laugh. 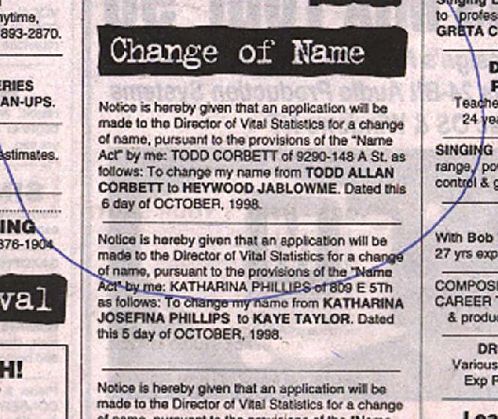 I like everything you have to say except that last part... 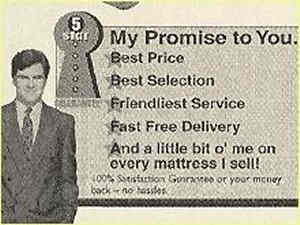 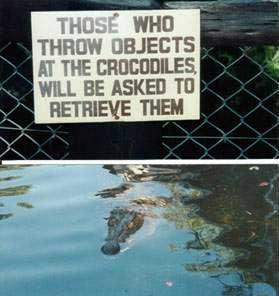 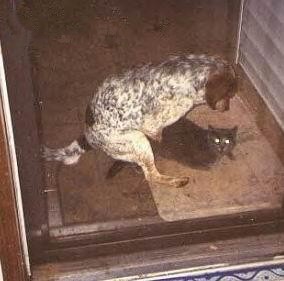 Uhhhh, fellas.  You might not want to hang out together... 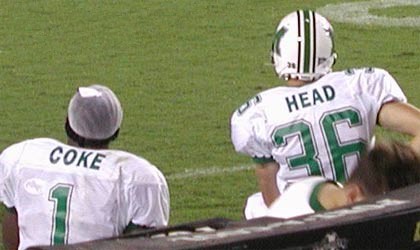 Uhhhh, honey.  You might not want to stand there for this picture... 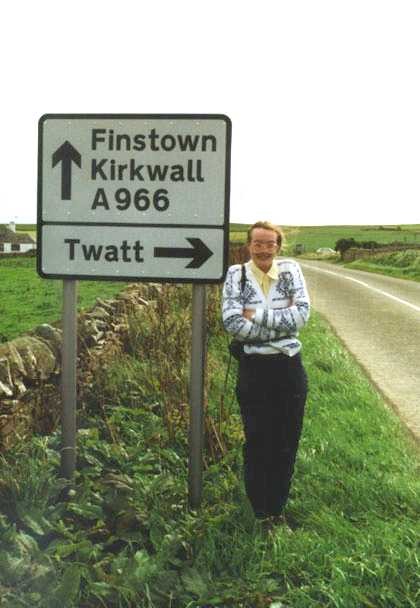 I'm just trying to wash the street off for you, officer. 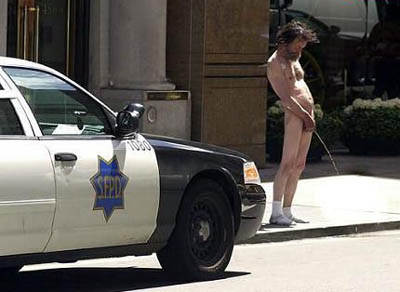 Is that a cow in your back seat or are you just excited to see me? 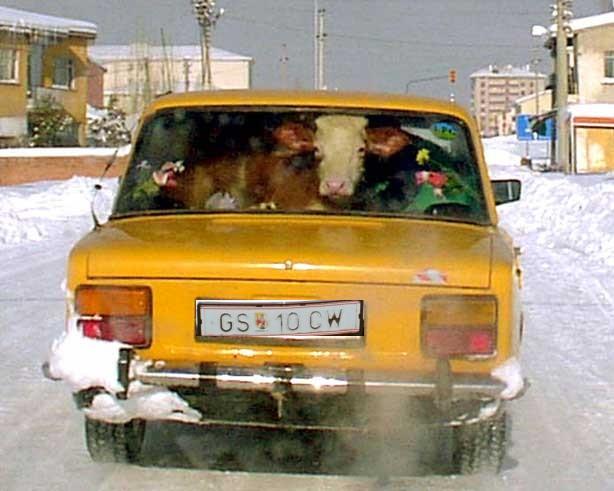 Uhhhhhh, it may be time for you to try that Atkins Diet out.... 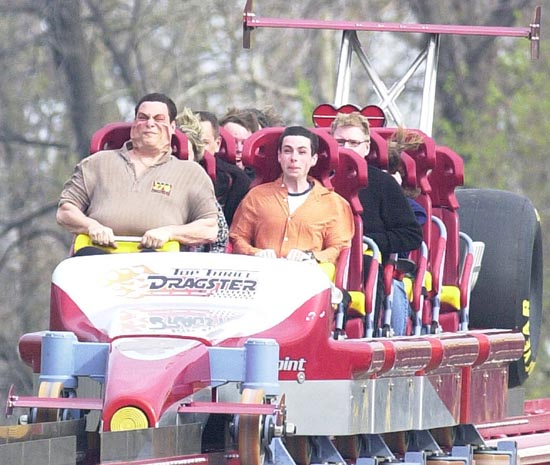 My co-worker Nick loves his Rottweiler dogs, but after seeing the puppies I'm starting to wonder about their relationship! 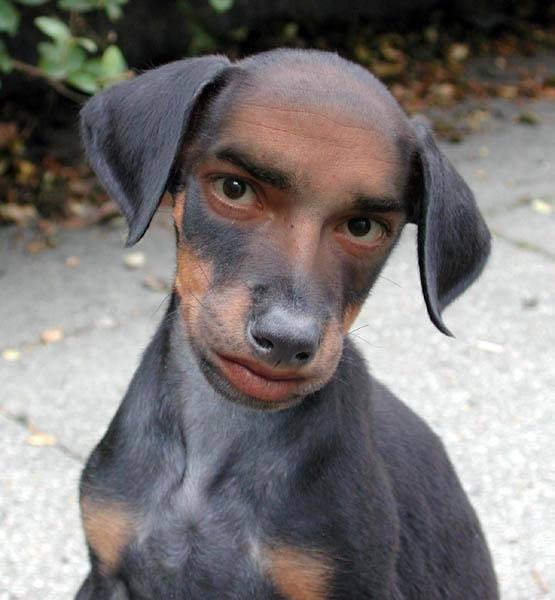 Halloween is coming!!!  Have you bought your costume yet? 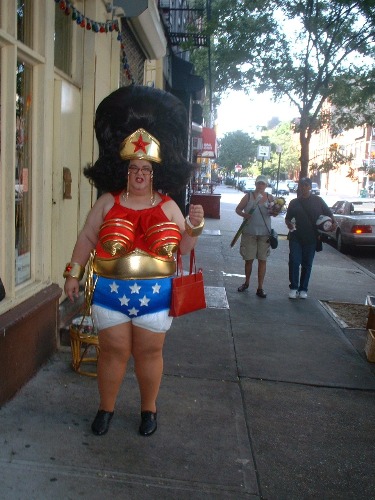 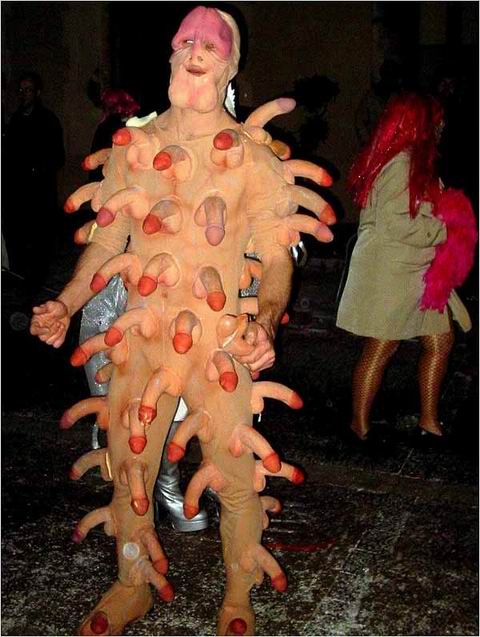 Recently, a friend of mine told me about your website. I happen to be the father of three children, all very dear to me, the middle one, of whom has Down's. He has been such an inspiration to me and has made my life better in every way. I did not really enjoy his potty training days, or those of my other children, so that last statement was only 99% true, but he has opened my eyes so much.

I am ashamed to tell you that I used to feel weird around handicapped people, because I did not understand why they were different, and my lack of understanding made me feel so bad that I found myself looking away, when smiled at. I never considered myself to be hurting anyone, because I did not think that they felt things the way I did. I did not give them the common courtesy of thinking they understood I wanted away from them, so I could feel "normal" again.

Over the last years I have watched my son grow, and I have seen him enjoy life in a way I never have. I sometimes see my son look at things I have always taken for granted and it makes me stop and see with simple wonder what he is seeing. He has made me open my eyes and see the beauty in things, and in people, that I never saw before.

My son's best friend is a young boy who is unable to use his arms or legs as most people can, and has a hard time talking, but who is very smart. My son has Down's but is very physically able to do almost anything (from years of chasing his older brother around).

When these two unlikely friends are with me, we laugh and play, and I find they are both more special than I will ever be. They have both accomplished things, together, and apart, that everyone thought they could never do. With my son's hands, and his friends brains, these two young boys of six years old, just put together a 800 piece puzzle of The Gateway Arch. It did take them weeks (Yes, I gave up a table for weeks) and I know that it sounds like a simple thing...except when I admit that I  put that same puzzle away only half-finished no more than six months ago.

I guess I am trying to say that as I have finally come to see the beauty in the fact that we are all special, and I am so glad that I no longer feel weird around handicapped people.  My son has taught me to see that when someone is "disabled" or "special" in one way they are often "ABLED" and "SPECIAL" in another way.

Finding your website has been such a blessing for me. Your site inspires me, makes me laugh, and makes me think. Thank you. Although I will, in all likelihood, never meet you, through your site, you have become something like a friend to me. You have become a friend to many, through your website, and I think I speak for thousands when I say, as you always say..."Thank You For Sharing".

I really love this one... 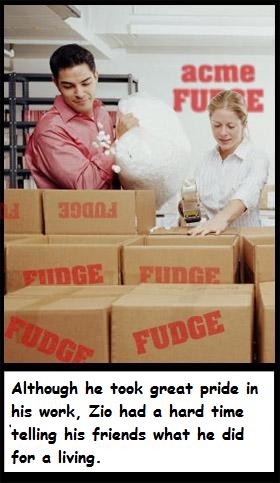 These Nascar fans really scare me... 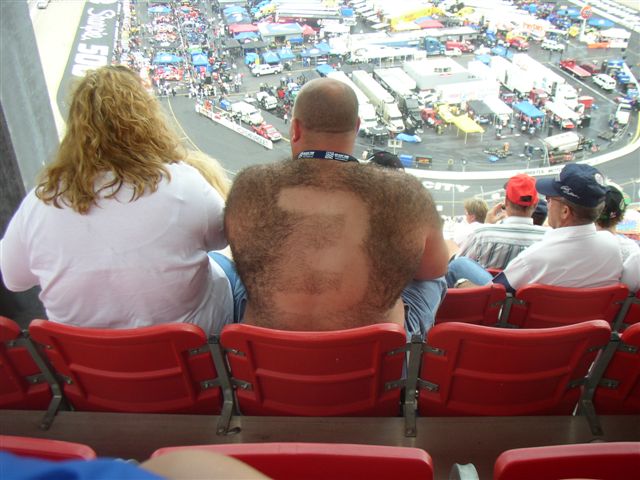 Tony J is my clever co-worker with the bad photo editing skills.  He thought it would be fun to bash me by sending this photo around work this week... 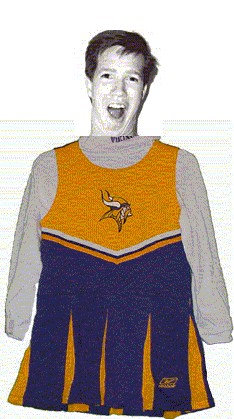 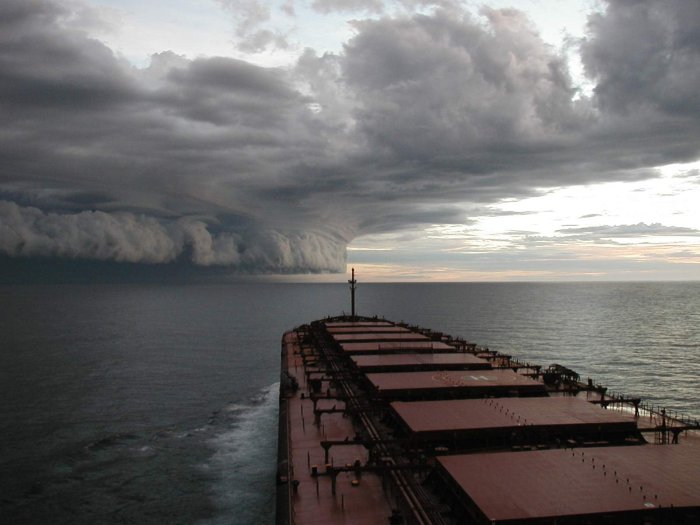 But Snopes says they're pictures of a different storm... 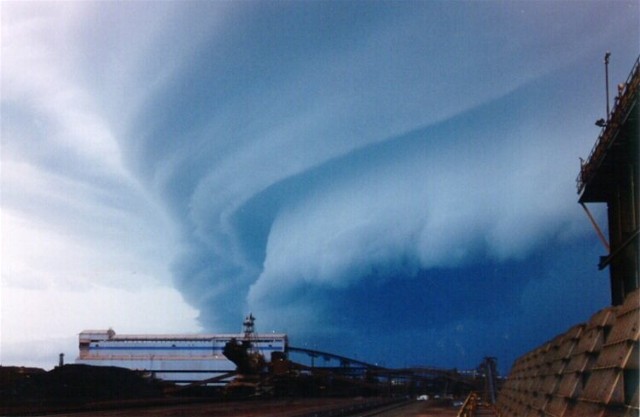 Yet even more new billboards.... 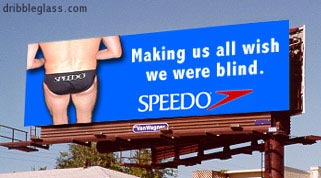 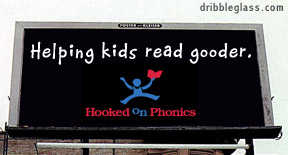 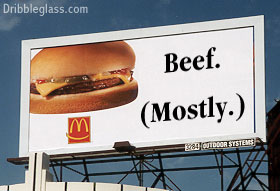 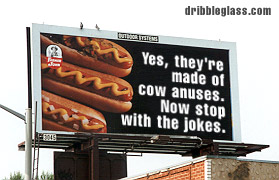 Nice Email of the Week

I hope you don't mind me calling you shortie. Anyway I was
really pleased to find your website, as i too suffer from a similar ailment
to yourself. I was unfortunately born with one short nostril believe it or
not. Yes my left nostril is considerately smaller than the other, but the
worst part about this is the right nostril is significantly larger than it
should be. In short (pardon the pun!) I have a massive nose, and I mean
massive in a mack truck sort of way. I get funny looks wherever i go, and I
am constantly the butt of many of my friends jokes. I live in Australia,
which is generally considered to be the "LUCKY" country, but as you can
tell, I seem to have run out of "LUCKY PILLS". If there is any advice you
can give me, i look forward to hearing it. Do you ever have problems with
women? I do, my damn schnozz (Australian slang for nose) constantly gets in
the way. I'm thinking surgery may be required. Please help me.

Hi, Christian!!
I'm glad you like my site!  I'm flattered that you'd want my advice.
I guess all that I can tell you is to not be ashamed by that which makes you unique.  Embrace it and figure out a way to use it to your advantage.  People may look at you funny, but they'll remember you much longer than they'll remember people with an unoriginal appearance.  If you make an effort to make people happy and to spread an inspirational message, soon people will think of you as a person they admire rather than just that guy with the funny nose.
Regarding advice for women.  I suggest working on the following traits of your personality.  Develop a good sense of humor and great listening skills.  Treat women with respect.  Once you become talented in these areas, the right woman will come along who will appreciate how you treat her regardless of how you look.  Too many "normal-looking" guys never develop these attributes and leave scores of unhappy women in their wake!
If all else fails, start your own website called bignoseguy.com.  Make an effort to make people laugh and to inspire them.  Good things will come from this and you'll get a chance to meet extremely interesting people from all over the planet.
I wish you the best of luck!!
Shortarmguy