I swear one of the wires is cut!  Can you check them all for me? 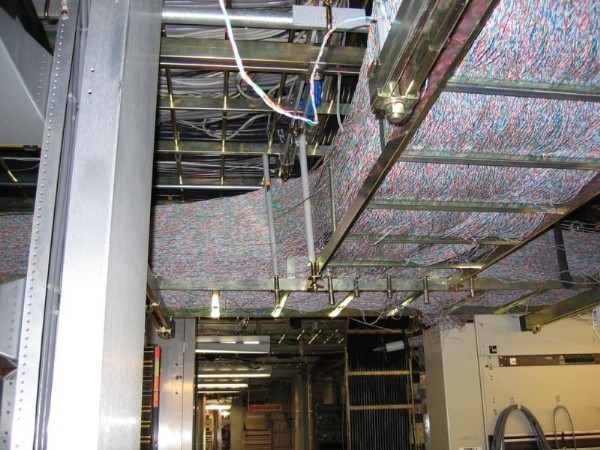 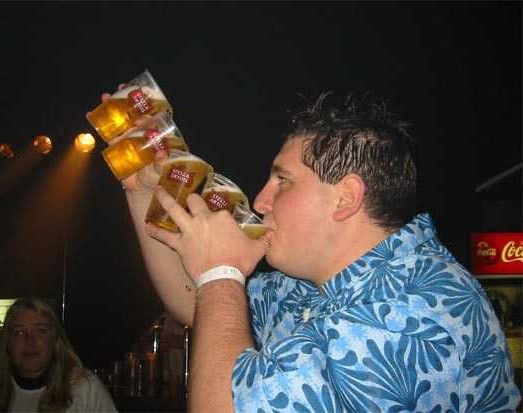 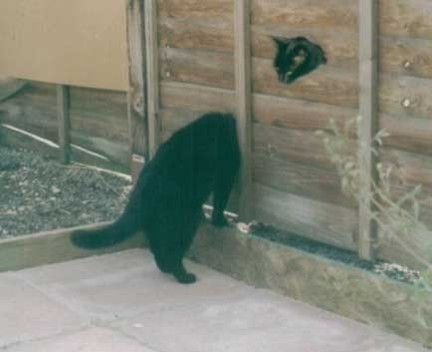 Now I know what White Castles puts in their burgers to make them slide so well! 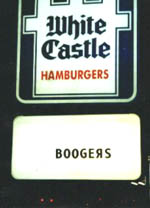 I think I'm just going to leave my hands dirty! 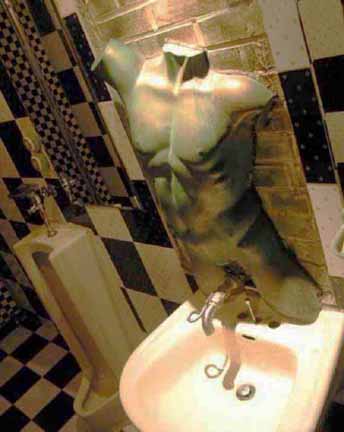 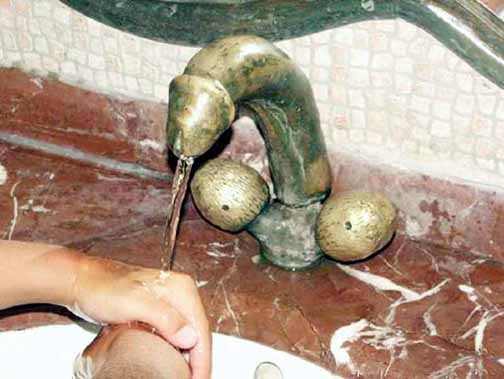 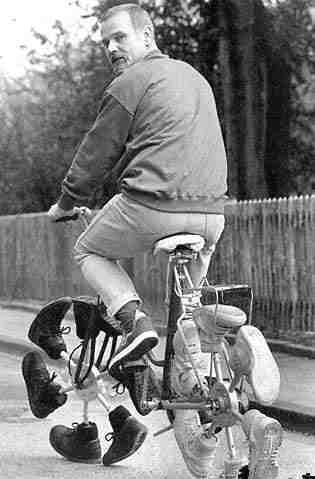 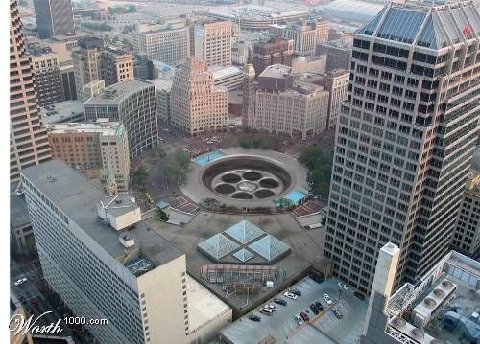 Married 25 years, I took a look at my wife one day and said, "Honey, 25 Years ago, we had a cheap apartment, a cheap car, slept on a sofa bed, and watched a 10-inch black and white TV, but I got to sleep every night with a hot 25-year old blond.  Now, we have a nice house, nice car, big bed, and plasma screen TV, but I'm sleeping with a 50-year old woman.  It seems to me that you are not holding up your side of things."

My wife is a very reasonable woman....

She told me to go out and find a hot 25-year old blond, and she would make sure that I would once again be living in a cheap apartment, driving a cheap car, and sleeping on a sofa bed.

I love your site.  When I need a pick me up…… I log onto your site and have a good laugh. 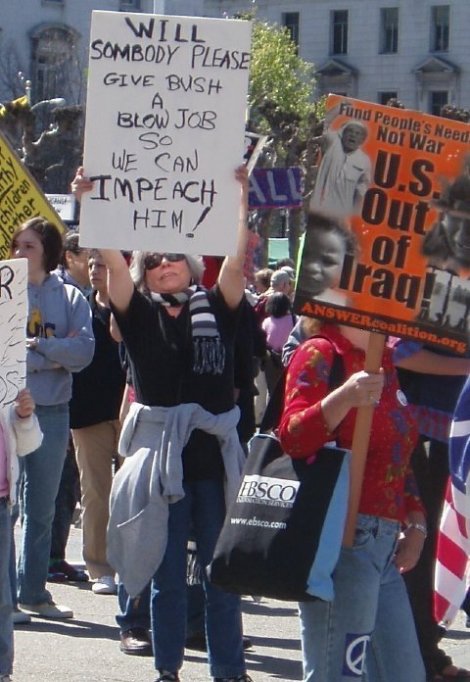 How To Know If Your Neighbor Might Have A Problem With You!

Why It's Best To Get Married In A Church! 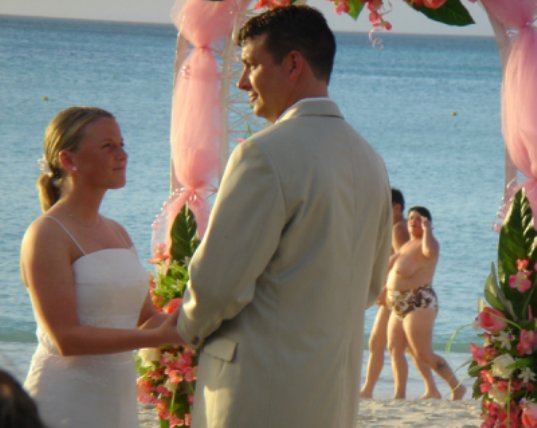 This is something I've often wondered myself... 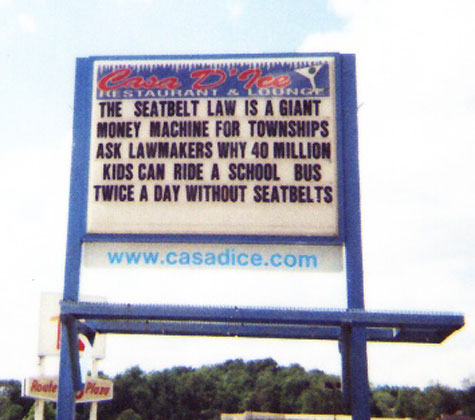 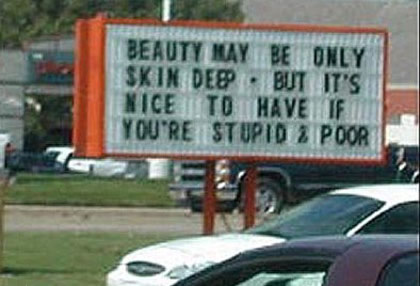 Why You Shouldn't Lend Your Laptop To A Blond 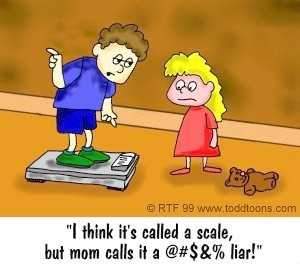 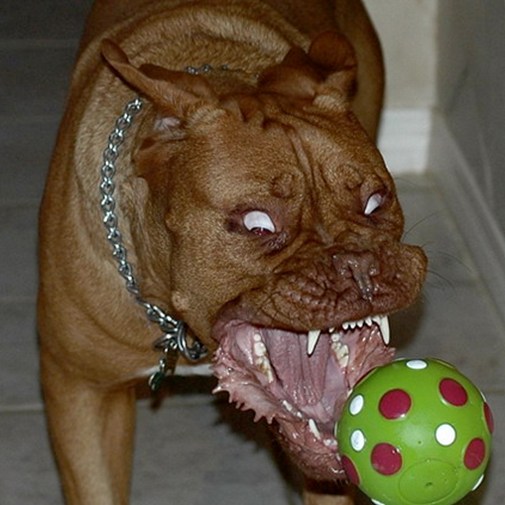 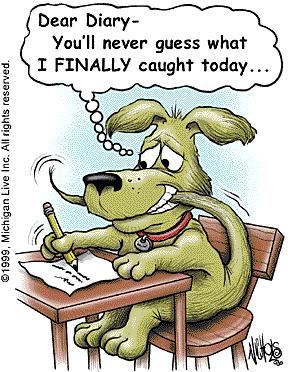 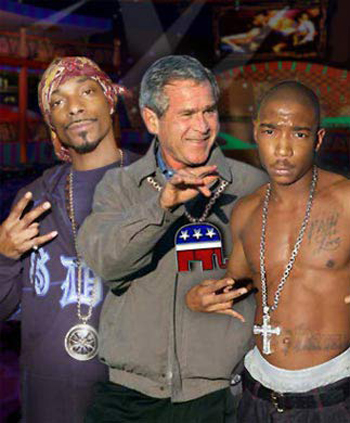 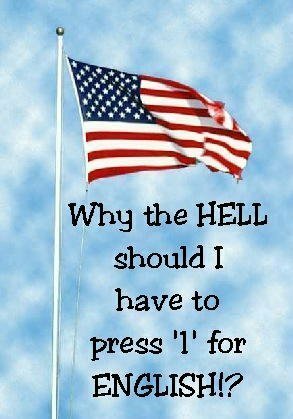 You have to admire their creative ideas for making a buck! 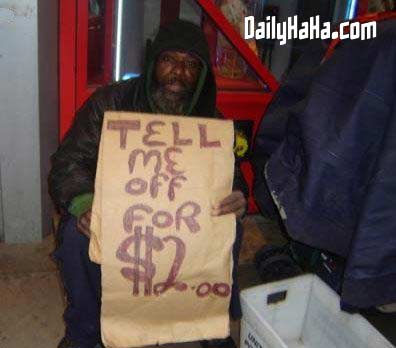 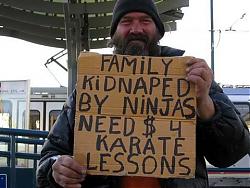 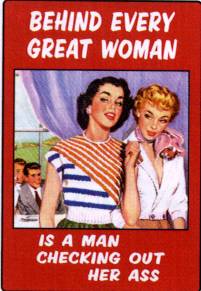 From an actual newspaper contest where entrants age 4 to 15 were asked to imitate "Deep Thoughts by Jack Handey."

My young brother asked me what happens after we die.  I told him we get buried under a bunch of dirt and worms eat our bodies.  I guess I should have told him the truth--that most of us go to Hell and burn Eternally--but I didn't want to upset him.   Age 10

When I go to heaven, I want to see my grandpa again. But he better have lost the nose hair and the old-man smell. Age 5

I once heard the voice of God. It said "Vrrrrmmmmm." Unless it was just a lawn mower. Age 11

I don't know about you, but I enjoy watching paint dry. I imagine that the wet paint is a big freshwater lake that is the only source of water for some tiny cities by the lake. As the lake gets drier, the population gets more desperate, and sometimes there are water riots. Once there was a big fire and everyone died. Age 13

I like to go down to the dog pound and pretend that I've found my dog.  Then I tell them to kill it anyway because I already gave away all of his stuff. Dog people sure don't have a sense of humor. Age 14

I believe you should live each day as if it is your last, which is why I don't have any clean laundry because, come on, who wants to wash clothes on the last day of their life? Age 15

It sure would be nice if we got a day off for the president's birthday, like they do for the queen. Of course, then we would have a lot of
people voting for a candidate born on July 3 or December 26, just for the long weekends. Age 8

As you make your way through this hectic world of ours, set aside a few minutes each day. At the end of the year, you'll have a couple of days saved up. Age 7

Democracy is a beautiful thing, except for that part about letting just any old yokel vote.  Age 10

Home is where the house is. Age 6

Often, when I am reading a good book, I stop and thank my teacher. That is, I used to, until she got an unlisted number. Age 15

It would be terrible if the Red Cross Bloodmobile got into an accident.  No, wait. That would be good because if anyone needed it, the blood would be right there. Age 5

I bet living in a nudist colony takes all the fun out of Halloween. Age 13

For centuries, people thought the moon was made of green cheese. Then the astronauts found that the moon is really a big hard rock. That's what happens to cheese when you leave it out. Age 6

The only stupid question is the one that is never asked, except maybe "Don't you think it is about time you audited my return?" or "Isn't it morally wrong to give me a warning when, in fact, I was speeding?" Age 15

Once, I wept for I had no shoes. Then I came upon a man who had no feet. So I took his shoes. I mean, it's not like he really needed them, right? Age 15

I often wonder how come John Tesh isn't as popular a singer as some people think he should be. Then, I remember it's because he sucks. Age 15

If we could just get everyone to close their eyes and visualize world peace for an hour, imagine how serene and quiet it would be until the looting started. Age 15

Nice Emails Of The Week

Hi Todd,  Enjoyed the news update and am so glad to know your dad is doing well enough to visit you.  The prayers are still going for him from a lot of us.
The pictures of the butterflies were amazing!  I never had heard of those "critters".  Thanks for the education!
96 degrees here today--- set a new record for Tampa.  Seeing you all on the water really made me want to go boating.  My son-in-law has a boat but I told him that if I got in it I would probably raise the water level so much that the Poseidon Adventure would be forgotten!  (And the Titanic a minor incident!)
One last word,  THANK YOU - THANK YOU - for reminding people about knee pads and helmets.  I am a member of Pilot Club (an international professional civic organization) and our main focus is Brain Related Injuries.  One thing we do is a program for K-2 graders called Brain Minders.  It's a short program with hand puppets and we go to the schools to remind kids of safety.  We buy helmets for the police to give to kids who can't afford them. (One of our many projects.) (Pilot refers to river boat pilots, not planes)  Our little club just sponsored a motorcycle rally to raise money to fund our programs.  Had about 96 riders show up.  It is only the second one we held --- first time only had about 15 riders --- so the one next year should increase.
There are no such clubs in Minnesota but I sure would like to see one get started.  Our little club here in Bushnell has done amazing things for the community.  14 very dedicated women who care what happens to people!  (It used to be women only but is now open to men)  For curiosity's sake, if you want to see anything about Pilot, you can pull up info on it - Pilot International - not too sure of the web site but that will bring up info on it.  They are headquartered in Macon, Ga and have been around since the 20's.  (Florida District also sponsors living facilities at 3 colleges for our scholarship recipients.  The houses are self governing and the girls do all the work in them and they only pay about $400 a year for room & board.)  I've visited the one at Gainesville and was really impressed.
I know you have your hands full but if you ever get a chance, check it out.

In the meantime, best wishes to you and your family and don't get too sunburned!
Sending you blessings and thanks for caring about people,
Shirley

thanks for the smiles  Suzanne

Suzanne was nice enough to include a donation to help support Shortarmguy.com! 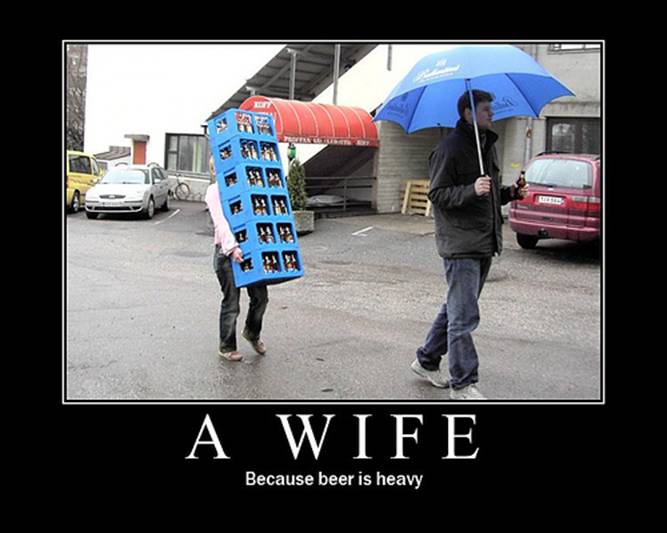 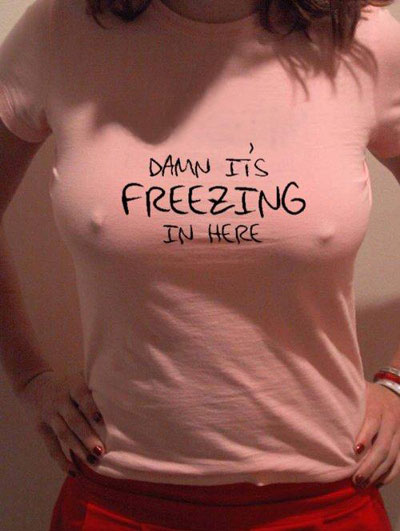 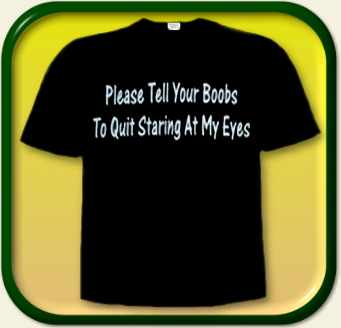 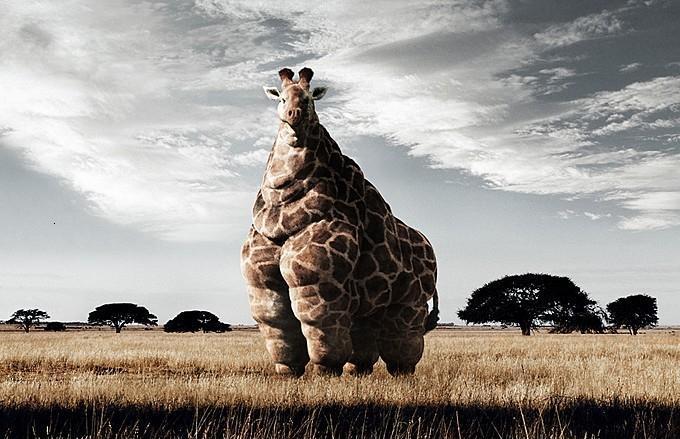 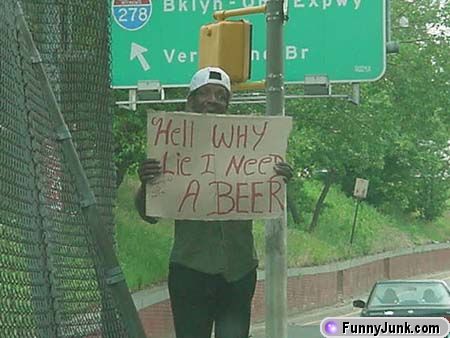 Gold at the end of the rainbow 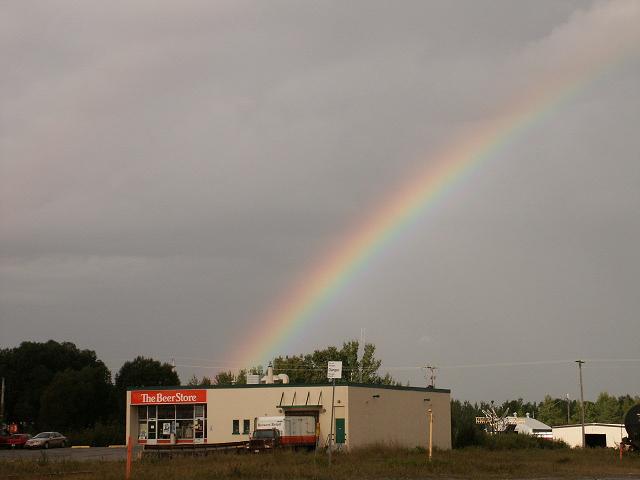 During a meeting with his advisors at the The White House, George Bush is told that 'two Brazilian soldiers had been killed in an incident.'

George looks shaken and then bursts into tears. A little taken back by the sudden emotional outburst, Dick Cheney says 'Mr. President. Are you OK?'

The President, drying his eyes, looks up and says to Dick Cheney, 'That's terrible news. How many is a Brazilian again?' 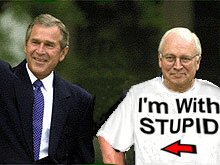 I tell you what, I’ve got it good and you’ve got it good compared to what this guy is dealt with in life. Stumbled across this site tonight and wanted to pass it along. There is another one out there trying to inspire as you do.